Very excited to be playing on one of my fav beaches again with this fine crew next year! 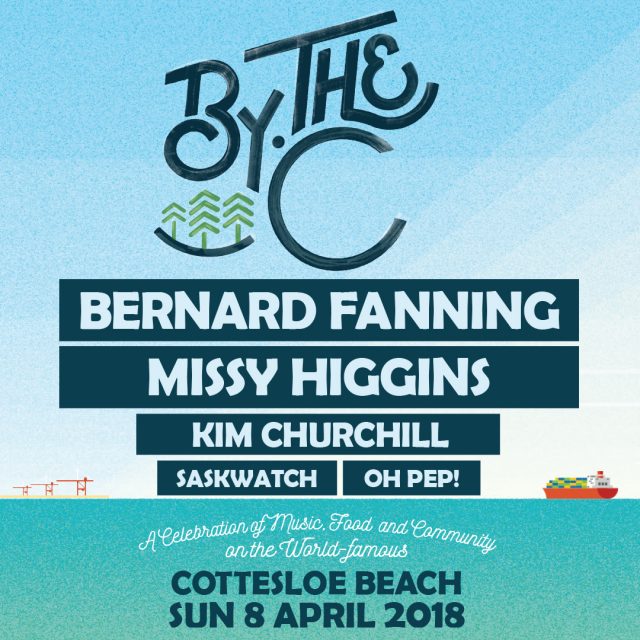 Miracle City The Musical‘s Melbourne shows are on sale now! Coming this February… head to bit.ly/MiracleCityMelbMissy for tickets. 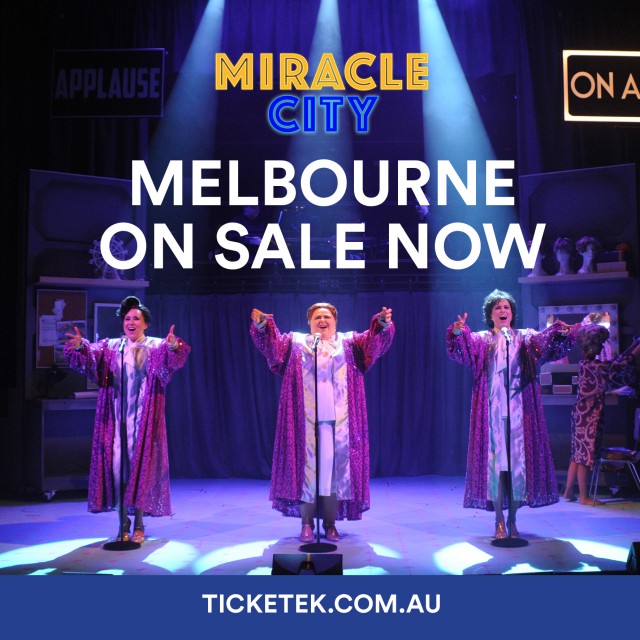 Earlybird tickets are on sale now, head to www.bmff.org.au/tickets for more info.

Hi friends, wanted to let you know that today I’m becoming an official ambassador for #STOPADANI. The Carmichael Mine will tip our climate into environmental devastation… I believe this is the fight of our lifetimes!! Head to bit.ly/MissyStopAdani for more info. 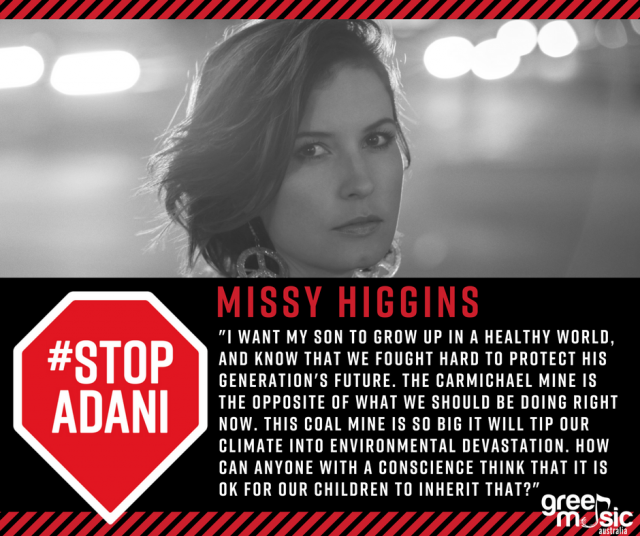 Hey Melbourne, an exciting announcement: I’ll be playing a big show at the Melbourne Botanical Gardens on Sunday 19 November! The Botan is one of my fav places to hang out in Melbs so I’m super excited to play in such a glorious, magical place. And joining me that evening are some incredible musical acts, Dustin Tebbutt, All Our Exes Live In Texas, and Harry Jakamarra (an amazing new talent, from Broome WA). Come along and make a fancy evening of it! The whole thing is put on by the people that do the Day On The Green shows, so the food, drinks and vibe are going to be quality, my friends. More info at www.aweekend.com.au

Hope to see ya there 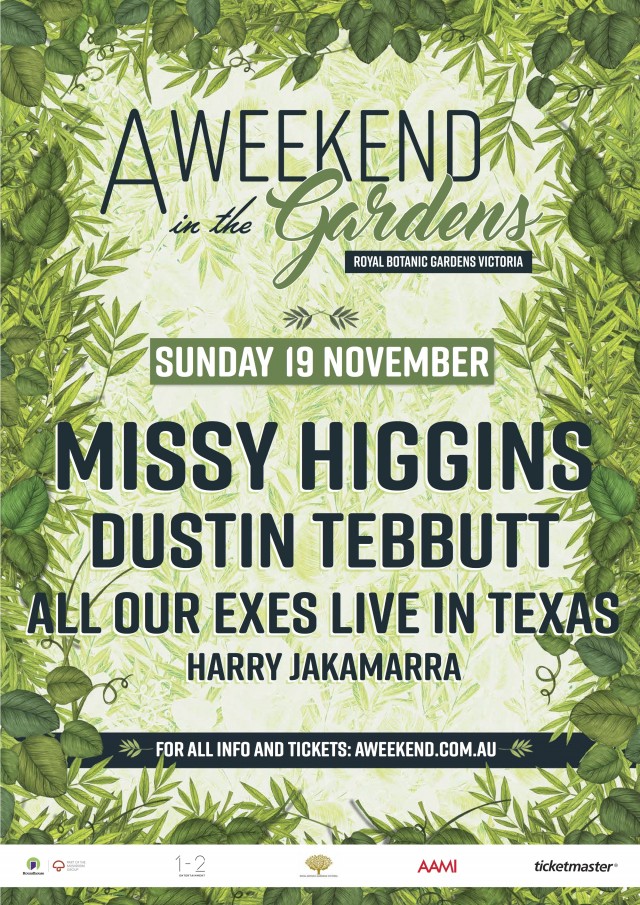 Today I can tell you all why I was dressed up in those crazy 80s costumes oninstagram the other day… I am gonna be in a theatrical musical production! It’s called Miracle City, it’s had a couple of small and very successful runs before but this time it’s going bigger. It’s funny and tragic and entertaining and moving and all the good stuff. I’m so happy to be a part of it and amongst such an amazing team of people. I’ve loved musical theatre ever since I was a kid and have dreamt about being in a professional production for ages. Now it’s happening, whoop! So come along, I think we’ll all be in for a good time. And if nothing else, you’ll get to see me dancing in a church gown with a wig on!! Show starts in Oct – more info www.sydneyoperahouse.com 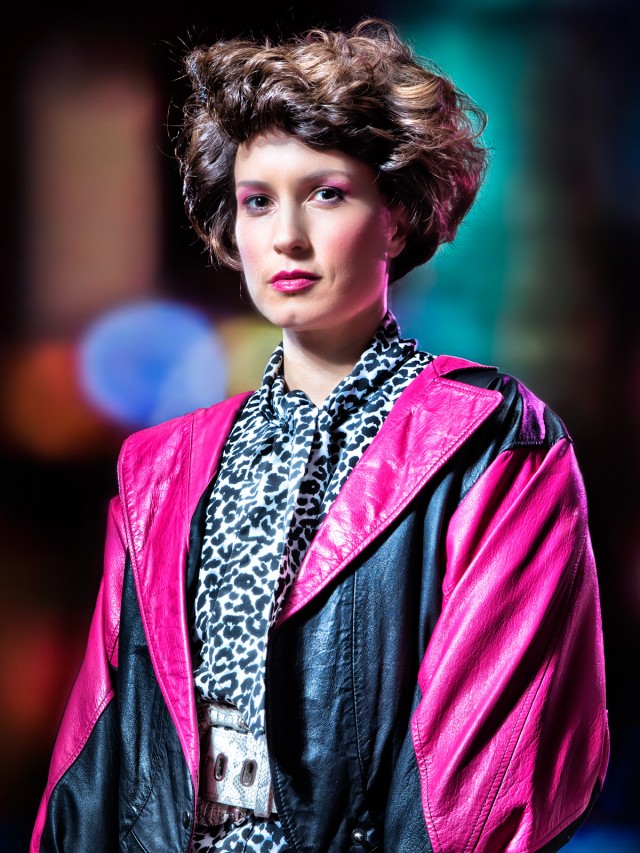 South Australia! I’ll be seeing you all at SummerSalt 2017 – Glenelg Beach on Sat 18 Nov with John Butler Trio. Register for discount pre-sale tickets at www.summersaltmusic.com.au 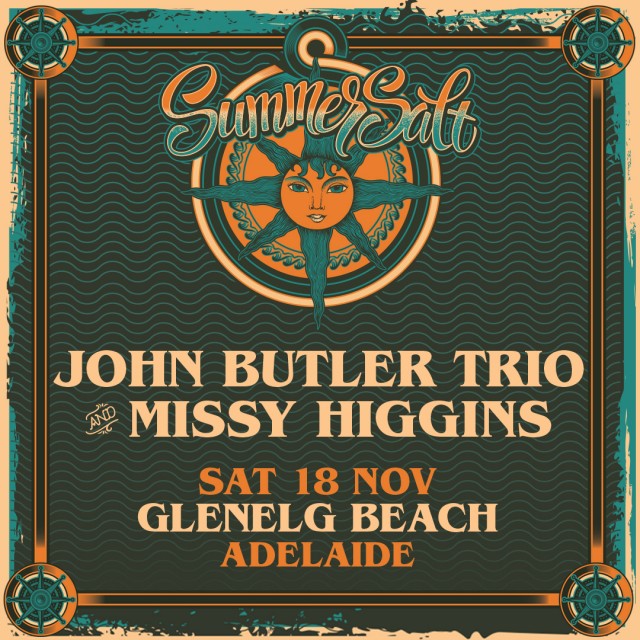 Surprised and honoured to be nominated for The Helpmann Awards today for Best Australian Contemporary Concert for my orchestral tour last year, cool!

Hey WA friends, very pleased to announce that we’ve added another show in Broome on Sat 26 Aug! It’s on sale now from www.missyhiggins.com/shows hope to see you there 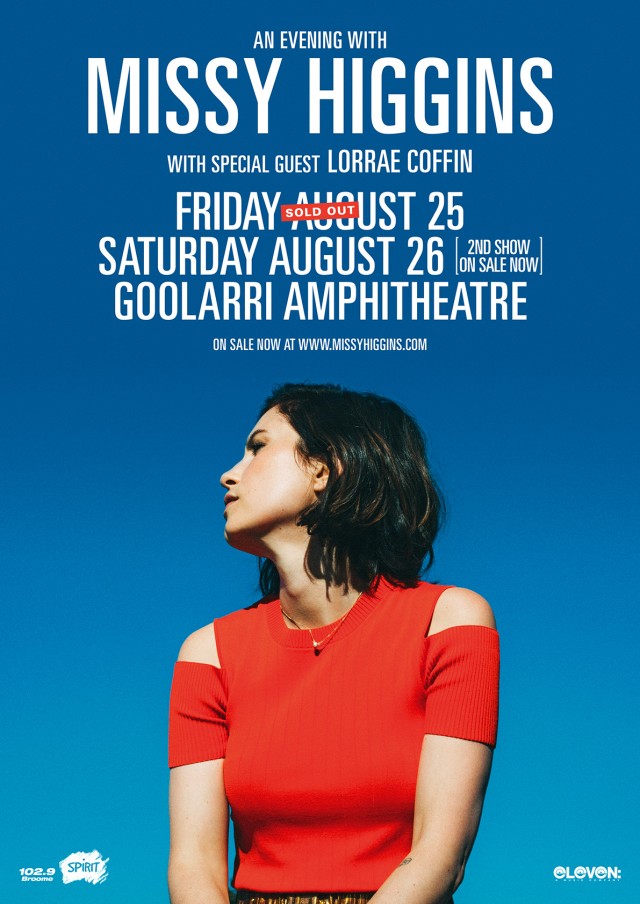 I’ve written so many of my songs in Broome and had the most inspiring moments of my life up there. It’s truly one of my favourite places on Earth. I can’t wait to go back, spend some time in the bush, get my feet dirty in the pindan soil, play guitar under a boab tree and have a mango beer! I’m really looking forward to this gig.

Tickets are on sale now, head to www.missyhiggins.com/shows for more info. 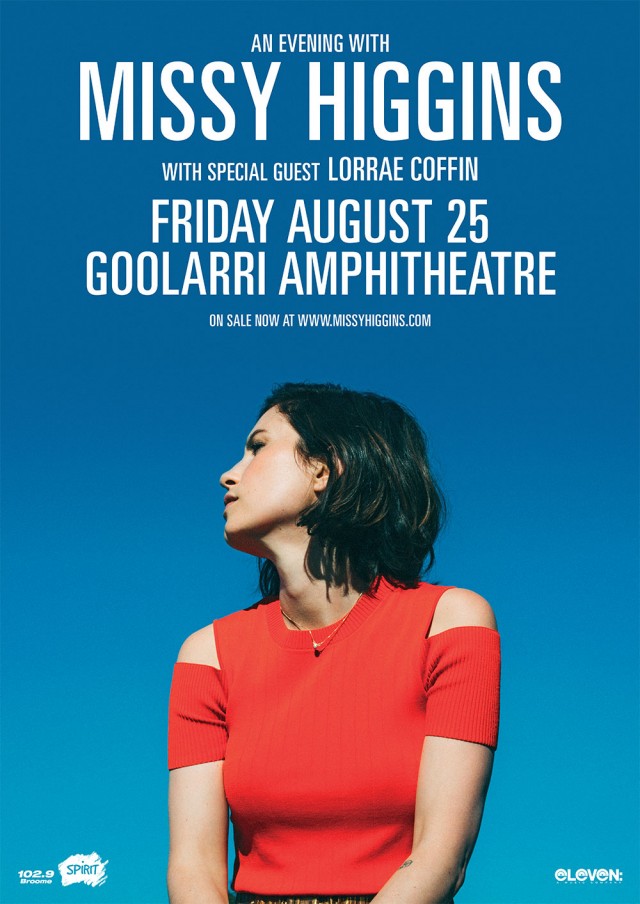 Hey everyone, Here’s a little update on what’s happening in the world of Missy Music (can I talk about myself in third person yet?), otherwise known as: My Music. The most exciting thing is that I have a single coming out THIS FRIDAY, a song called ‘Torchlight’ that I have written for an upcoming Australian film with an all-star cast called ‘Don’t Tell’. It is quite an extraordinary film: a true story about a courageous young girl seeking justice against the church. I really felt like I’d seen something special when I walked out of the preview the other day. I cried many, many tears (and it’s not often I cry during my own songs!) so please go and see it when it comes out. I feel incredibly honoured to have been a part of it. I should also add that the film was shot up in Toowoomba, so we decided to film the video clip up there also, at the Empire Theatre. You can watch that video at the link below. It was directed beautifully by the film’s director Tori Garrett.  Apart from Torchlight, you may have seen one or two Instagram pics of me (gawd, how slack am I??) slowly chipping away at my album over the last year. I went to Nashville, my home away from home, to write with my old friend Butterfly Boucher. I also worked with some incredible producers/beat-makers over there. Lots of fun. Lots of Nachos. Since being home, I’ve been working in Melbourne with producer Pip Norman to pull the album together. He is just a delightful human being and crazy talented. Writing, making beats (I now have a little home recording setup that I taught myself how to use by watching Youtube instructional videos!! Look at me now mum!!)… all of it has been happening behind closed doors. And I’m beyond excited to say that my album is now VERY NEARLY FINISHED! So so close. Home stretch. So watch this space. Now we just have to get it mixed, mastered, put the flourishes on, spray paint it with glitter and figure out how to get it out to the world.Without giving too much away, this album is a pretty big departure from anything I’ve ever done before. No, it’s not a rap album (that’s next). Life is so crazy different for me these days, though. Since having a child my brain has expanded in a hundred different directions yet somehow my feet feel firmer on the ground than they ever have. But the ups and down take no prisoners. The songs and the music on this new album reflect that, I hope.  Anyway I’m sure I’ll be telling you much more about this over the next few months. For now, this Friday there’s my stand-alone single Torchlight, and the film I wrote it for, ‘Don’t Tell’ is coming out May. Please check out both!  Oh, and just before I go: shows! For now I have two coming up, Barunga Festival (Barunga, NT) on June 10 and the Big Red Bash (Birdsville, QLD) on July 4. Tickets via www.missyhiggins.com/shows. Hope to see some of you there! Love,Missy x#stopadani

NEW SINGLE OUT MAY 5

I’m writing to strongly urge you to back away from anything that supports the Adani mega coal mine, planned for Queensland’s Galilee Basin.

Most urgently, please retract your support for Brandis’ amendments to the Native Title Act. To attempt to rush these amendments through parliament before anyone notices is shameful and so disrespectful.

For years, Indigenous Australians have seen their land rights abused, neglected and disregarded. So much of these so-called “rights” have been gradually taken away that now it seems it has almost become a tokenistic term.

As a white Australian, this saddens and angers me and doesn’t represent the equality and unity that I, along with so many others Australians, desperately want to see.  If Adani plans to come to this country and bulldoze traditionally-owned land, surely the TO’s of that land should have their say? And not, as seems to be happening, have their “rights” changed in court quietly at the last minute, in order to expedite the Adani project. How insulting.

This proposed mine isn’t just an Indigenous Australian issue, this is a human issue. If the coal from this Adani mega mine is burnt, it will tip not only Australia over it’s carbon budget, but the ENTIRE WORLD over it’s combined budget.

Let that sink in for a minute.

Can I remind you how dangerously close we are to triggering a tipping point beyond which there is no return? The world’s top scientists right now are telling us that this is not a joke. They are telling us to wake up. Environmental devastation, the likes of which we have never seen, is knocking on our door. The world is watching Australia right now and many are struggling to see how we could be considering something like this, at this vital time.

This is a decision which should not be about money, or winning votes, or keeping your job, because this is about something much bigger. Our children and grandchildren will be paying the price for the mistakes we make now. It’s hard to contemplate, but it’s true. And it terrifies me as it should you.

This should be a turning point, we desperately need to be turning away from fossil fuels and towards renewable energy. It is the energy of the future and in many respects our country is behind the ball on that front. Renewable energy projects around the world are taking off at the moment and non-renewable, dirty energy, is dying. It’s exciting and we can be a part of it if we choose to be!

So as a fellow human being and also a mother who will do anything to ensure my child doesn’t have to endure environmental collapse, I URGE you, please consider these decisions to be among the most important of your life and career. It is my belief that there has never been a more important time in history when it comes to making bold decisions about the environment and our future. 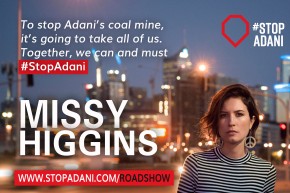 While on tour in Australia earlier this year, American singer-songwriter Amanda Palmer hosted a special talk with Missy Higgins at Melbourne’s Astor Theatre.

The conversation, presented by The School Of Life, centred primarily around the topic of motherhood — with the two singer-songwriters sharing stories from their own experiences, both becoming mothers in the past few years. Structured around fan-submitted questions from each other’s Facebook feeds, Palmer and Higgins discussed all aspects of how their art intersects with their adapting lives, including the practicality of touring and as an source of inspiration.

Read more info and listen to the podcast HERE. 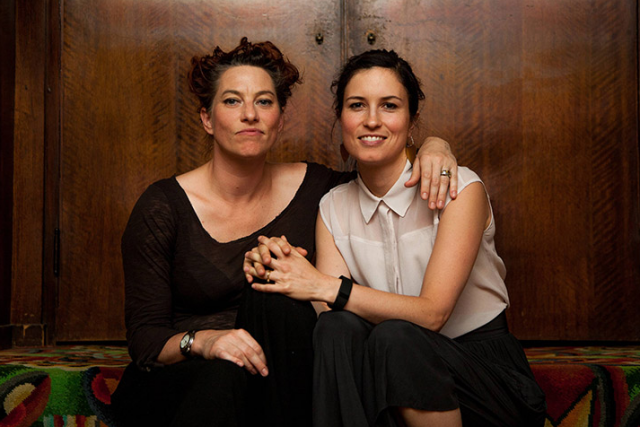 I had such an amazing experience at Barunga Festival when I attended a few years ago. I loved being immersed in the local culture and getting to see some really awesome bands from surrounding communities. I’m super excited to go back this time to be a part of the musical line up! 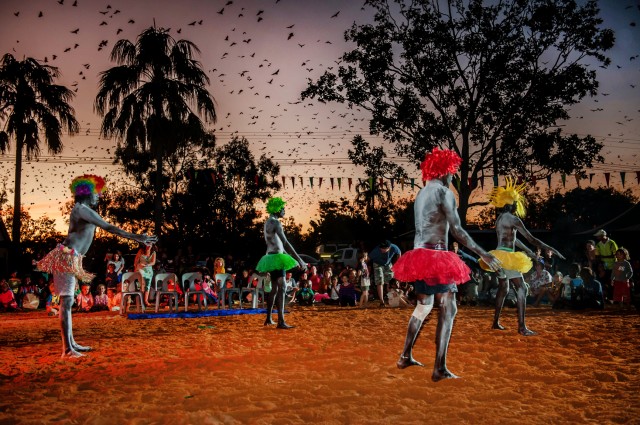