Firstly, I’m beyond thrilled to announce that I’ll be involved in Wildflower Festival, touring early next year. Its an all-female line-up and all the women involved are total inspirations, some of which were actually really big influences on me in the early days of my career. There’s something about being on the road with so many powerful creative women, it’s so rare it kind of creates magic when it happens. I was involved in the second round of Lilith Fair in America about ten years ago and it goes down as one of the best experiences I ever had, I made lifelong friends out of it. I have no doubt this will be the same but this time showcasing to the country the huge amount of Aussie talent we have here. An incredible way to get back in to playing live music again, holy moly I’ve missed it.

Secondly… A NEW SONG! It’s called Edge Of Something. I’m very very proud of this song, the theme of which actually is incredibly apt when announcing alongside an all-female tour. It’s a Woman-power song, with BITE. I’ll tell you more about it later but for now I’ll tell you it’s out next Friday October 15. 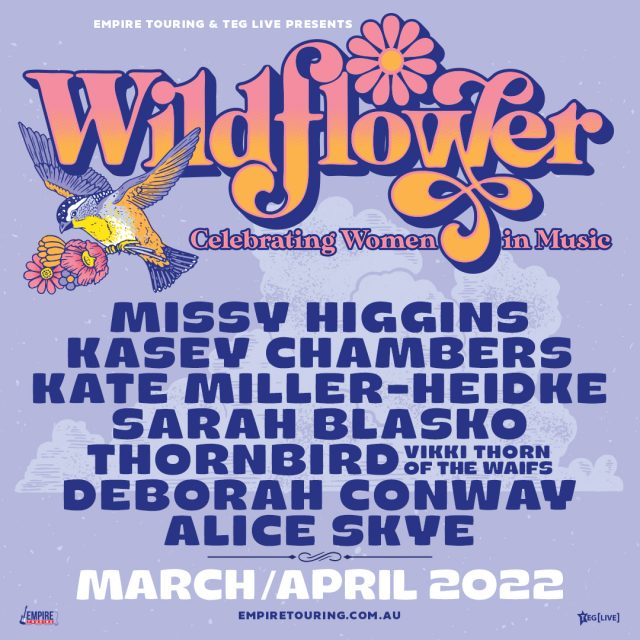